Hi all,
I painted this Hobbit miniature just over a year ago, it was done to celebrate the Hobbit 2 release. It was quite a chgallenge to paint such a small miniature and retain the likeness that it needed. The model comes with half a barrel giving the impression that it is submerged in water, I thought it would be good to create the scene from the movie so I had to sculpt the barrel into a full one and set it within clear resin. Quite a quick paint job from me but fun to do!
Cheers all!
Darren 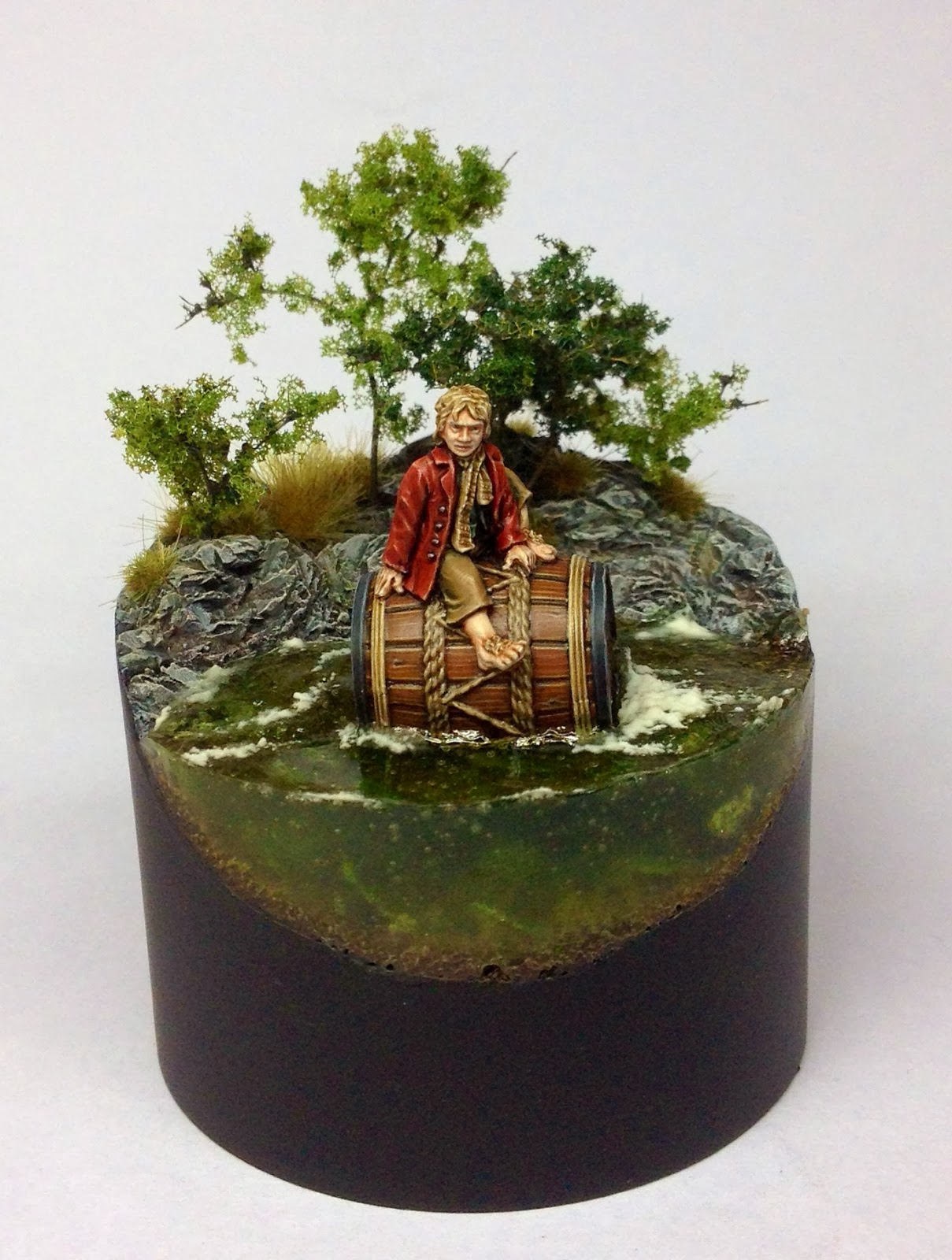 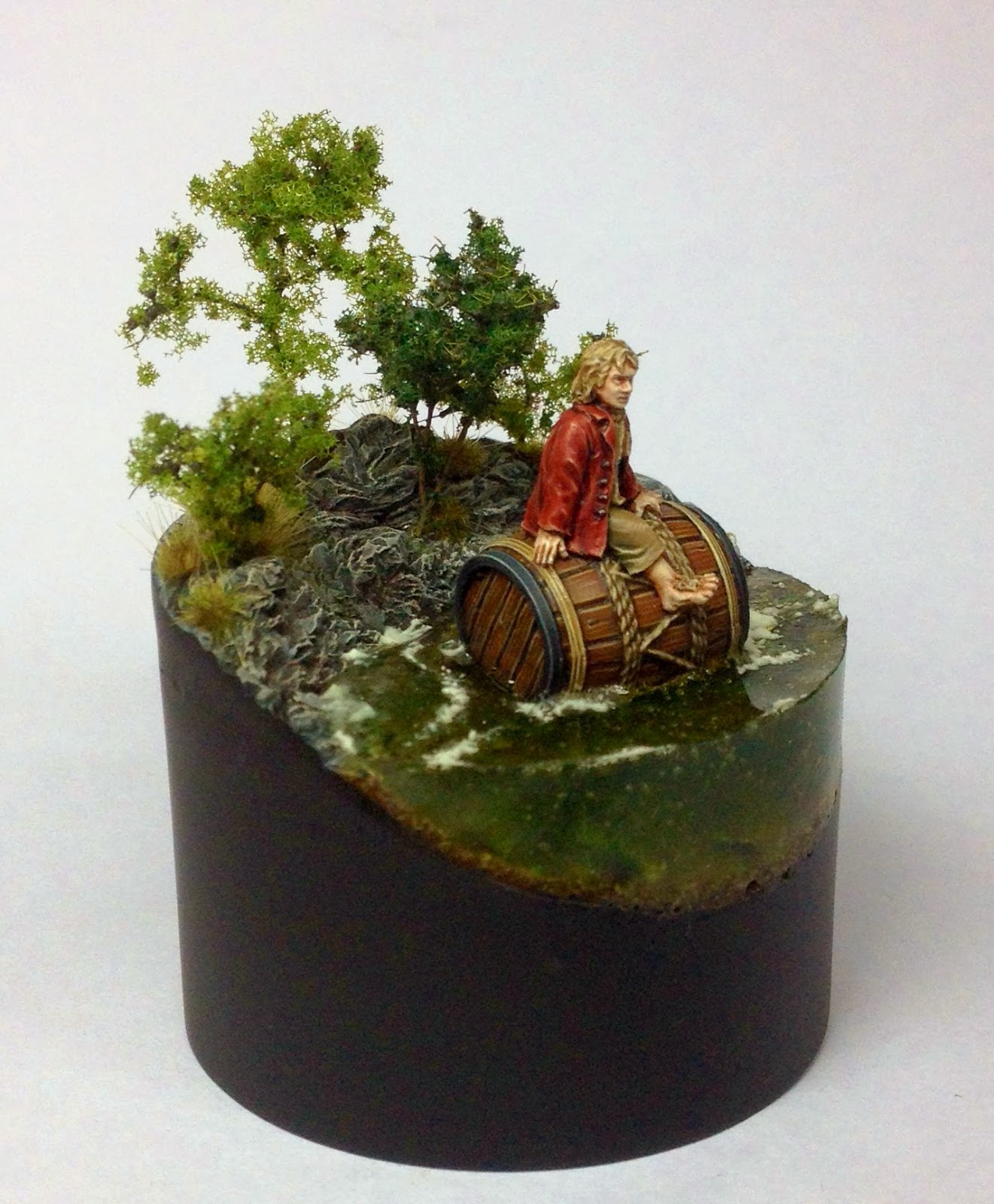 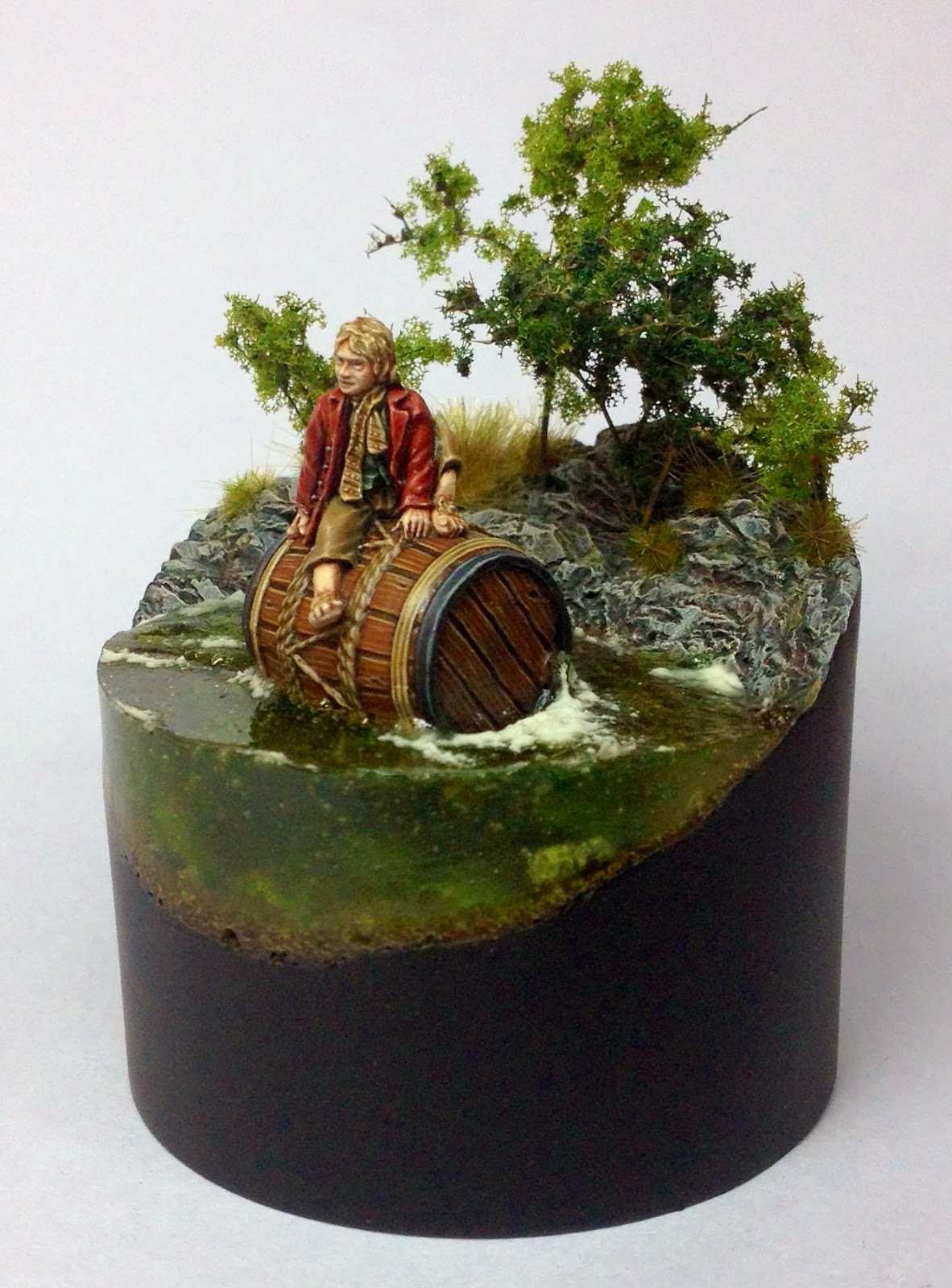 Hi all, I painted this miniature as a gift for a work colleague who recently left. I kept the paint scheme simple and tried to go for a classic fantasy feel with it, I've always liked this sculpt by Brian Nelson, its a favourite amongst many designers because of its simplicity and clean lines. I hope you like, many thanks! Darren 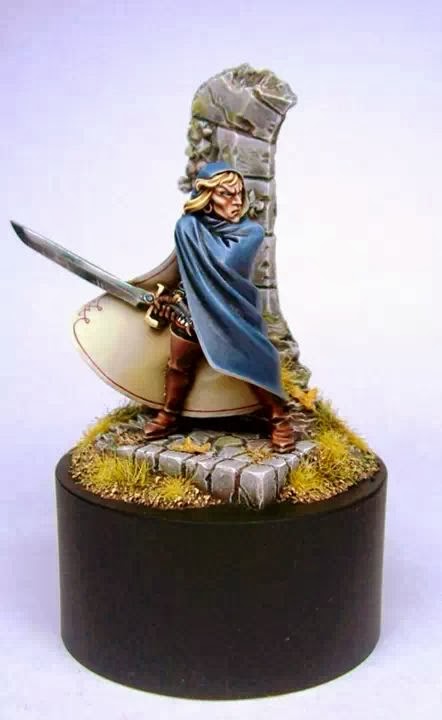 Hi all, this is one of my recent paint jobs, it is a conversion of the new Space Marine Captain using the new Sternguard parts, the conversion itself was quite simple by adding na bolt pistol and cutting out the grab gun and adding the power fist, the head was a simple swap out form the mean looking sergeant head. Originally he was going to be black templar but as I picked up my brush I decided that I had painted enough of those and went for a crimson fist instead, maybe the power fiat swung it for me!

The banner top was added from the Pedro kantor miniature and the detail was removed from the banner so that I could freehand a design on. I envisioned him to be captain Visdar from the background, I find its always good to add some depth to your miniatures by doing this, it gives them character!
I hope you like, thanks for reading! 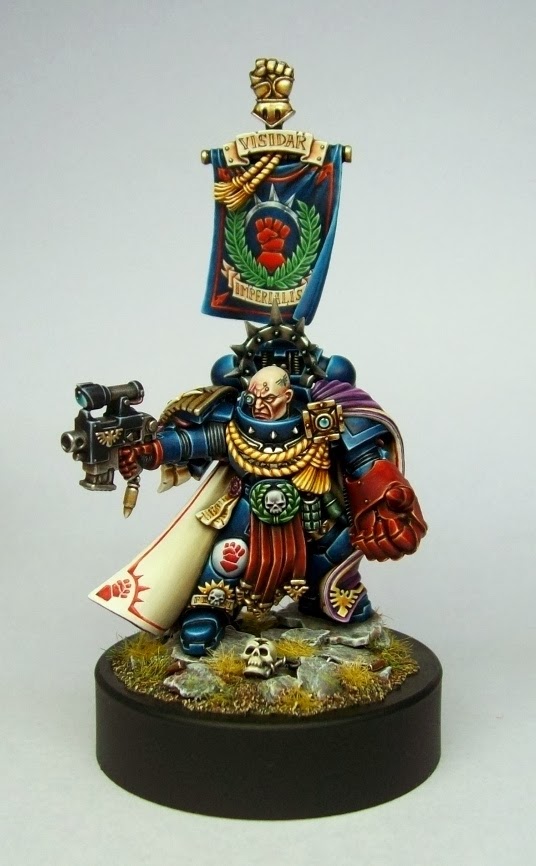 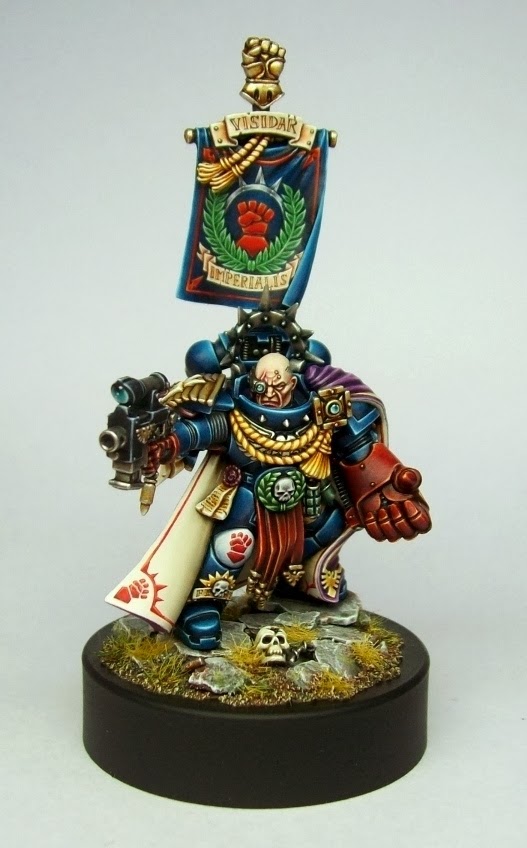 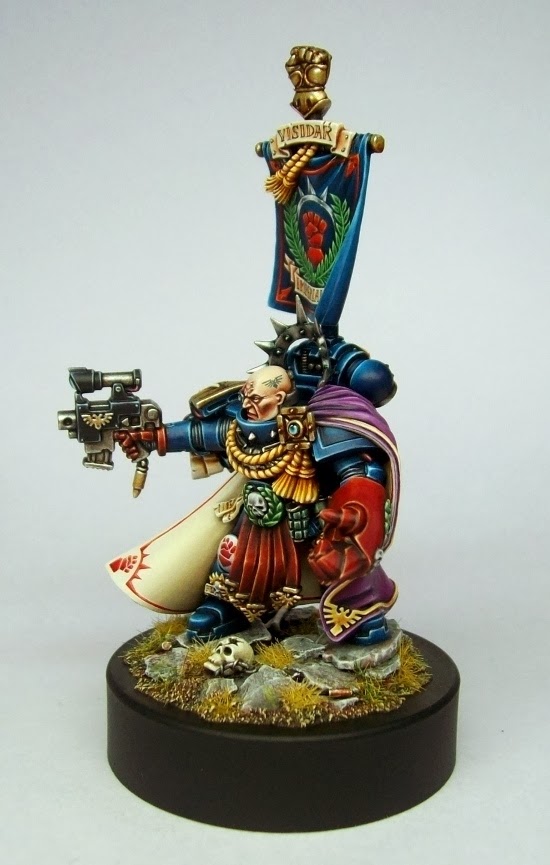 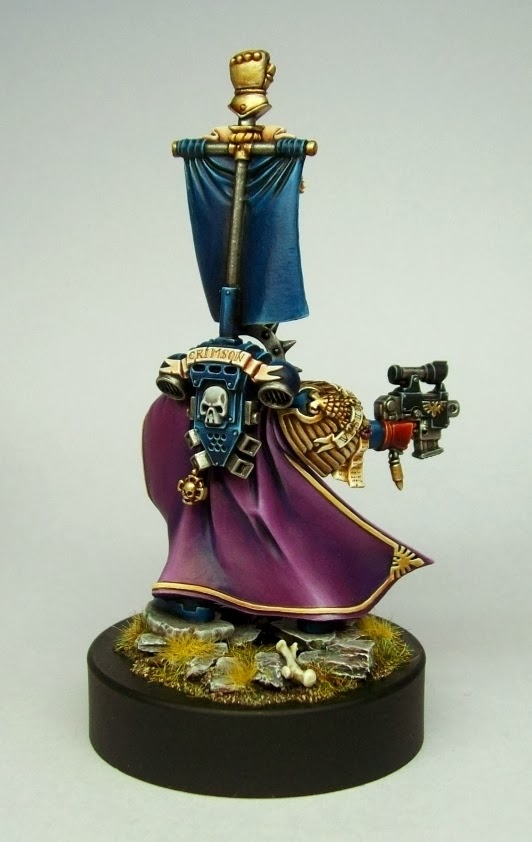