Hi all,
Here is my finished Shroomancer from the Gobbapalooza set.
This was originally intended to be part of a Golden Demon entry for this years competition but as I was asked to judge again it went on the back burner as I finished some army stuff.
The sculpt is by Seb Perbet and it's my favourite character from the set i think. I love everything that's going on in the scene. It's a mini diorama really with the goblin tripping out on shrooms and seeing his visions come to life!
I knew when I saw it that it would be great fun to paint. Not only because it's an awesome miniature but I knew I could throw a lot of colour onto it as well.
Choosing the colours to use was quite difficult really as the 'Eavy Metal version is pretty much spot on in terms of balance and colour choice. I wanted my version to be different however so I settled for a similar colour palette but tweaked some of the nuances to make it unique and my own.
The base was very fun to do, it was constructed mainly from thin slate and wood putty. This putty is great to use for bases, it dries fast and carves very easily. The little shrooms and critters on the base where especially fun to paint!
Hope you like!
Cheers! Daz 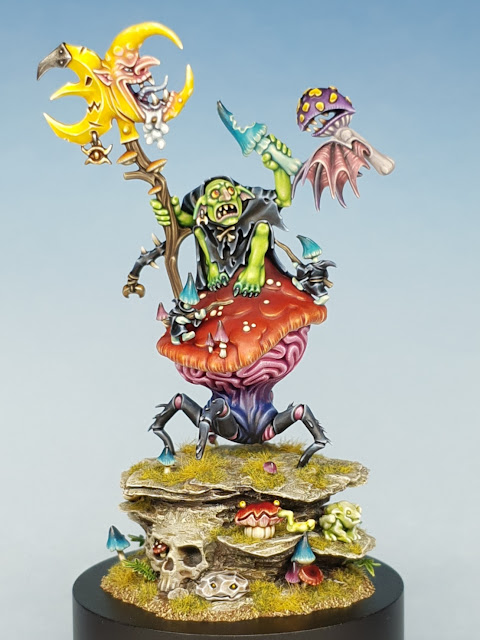 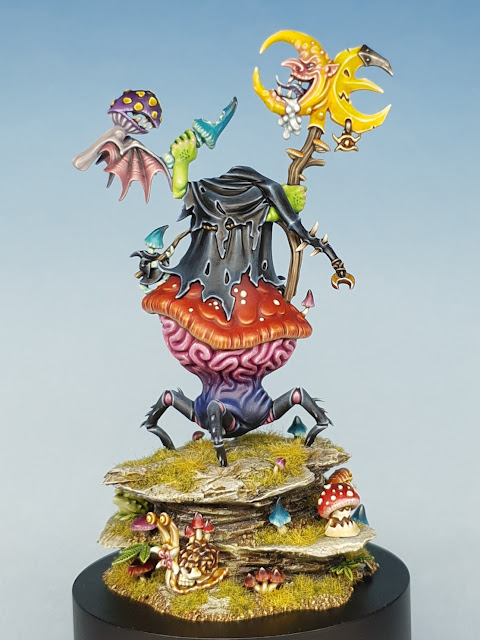 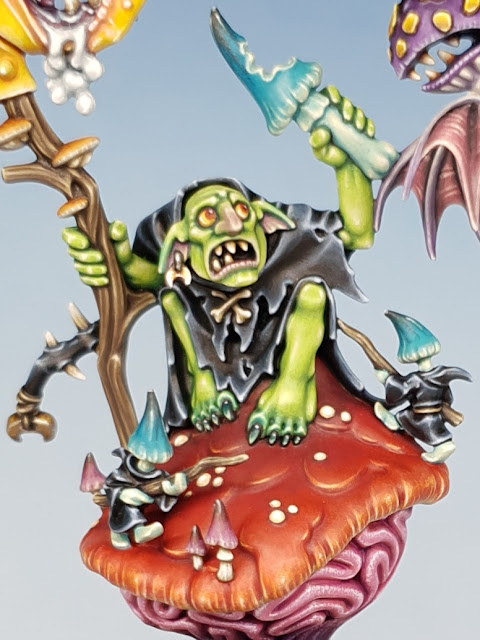 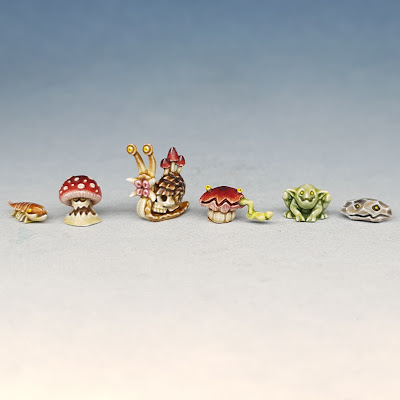